Beacons on the test bench

In the last years, new stars where jutting out of the technology sea: the Beacons. Hardware was produced, software coded, protocols developed and the light of Bluetooth technology seemed to shine brighter than ever before. With the introduction of the iBeacon™ protocol by Apple in 2013 and the open beacon format Eddystone™ by Google in 2015, Bluetooth Low Energy (BLE) technology received an extra push forward.

How is it different?

At the first glance, beacons are not much different compared to other technologies. Active Radio-Frequency Identification (RFID) has been used in industry to track products for years. Near Field Communication (NFC) already enables electronic devices to communicate with each other, facilitating payment services and ticketing systems.

Nevertheless, brushing all the hype aside, beacon technology has clear advantages that generate a whole new set of use cases for the first time. In contrast to active RFID, beacons do not need special reader devices, because beacons are operating on Bluetooth. Almost all mobile phones include a Bluetooth interface out of the box. Compared to NFC, beacons can communicate with mobile phones on much longer distances. Whereas NFC is operating only if a reader is as close as 10 cm to a NFC chip, beacons can reach 100 meter and more. Additionally, beacons were promoted to enable indoor localization and therefore solve the problem of non available Global Positioning System (GPS) service within buildings. All that sounds pretty awesome so far and the specs of various vendors sound like beacons could light the path of believers to a rich harbor full of profitable applications. The remaining question is: Does this actually work?

Does it really work?

Besides the specifications and tests by beacon vendors, it is rare to find independent, in-depth tests on beacon technology. Also the prices of beacons vary between around 5 and 50 Euros per unit and so it is even harder to tell which of the existing technologies are the best fit to a specific need.

As there were no suitable tests available, LOOP was extending its cooperation with the Information Technology & Systems Management program at the University of Applied Sciences in Salzburg. David Gschaider and Mike Thomas carried out extensive tests with us. The tested hardware solutions, supported both, the iBeacon™ protocol by Apple and Eddystone™ protocol by Google.

Here some facts to show what we found, when testing beacons by estimote.com, kontakt.io as well as minewtech.com. For the following tests, we used the iBeacon protocol. Heads-up, the specifications considerably deviate from the observed behavior and experience is needed to reveal the real benefits. According to the vendors, the accuracy parameter should indicate the distance between the beacon and the reader – in our case an iPhone 6 Plus. In the first test, the beacons of all three vendors were configured with a standard configuration (signal-power = +4dB and signal-intervall = 200ms). The diagram below, shows the measured distance compared to the actual distance in a standard configuration. It indicates that the measured accuracy parameters deviate considerably from the gradually increased, actual distance of 0.5, 1, 2, 5 and 10 meters. The noise in the measured signal most probably is one main reason of the immaturity of beacon based indoor localization systems at the moment. Surprisingly, the beacons by minewtech.com performed much better in this test than the other two products - although minewtech.com beacons are four times cheaper than comparable beacons by estimate.com or kontakt.io. The documentation by minewtech.com was sufficient and the support very responsive.

After these first tests, we played around with other configurations and test scenarios. High-power configurations (signal-power = -12dB and signal-intervall = 200ms) were tested. By increasing the signal power, the beacons increased their range at a cost of shorter life-time. However, the more powerful signal did not increase the accuracy of the previously shown distance measurements.

We also changed environmental conditions and mountings. Turning a beacon 90 degrees as well as positioning beacons in a room with a glass panels resulted in considerable changes in the measured transmissions. Further, we wanted to know, until which speed, the reader device could recognize a beacon. In our tests, the iPhone received signals from kontakt.io as well as minewtech.com beacons, up to a speed of 80 km/h.

There's a system for every usecase

You might want to have an easy takeaway? Sorry, there is nothing like an easy - that’s the system you should use for use case one, two, three. The table below sums up the key specs of the beacons, we used in our recent tests. Keeping all our tests in mind, the winner of this comparison is clearly the i3-Robust Beacon by minewtech.com. Frankly speaking, we could not identify anything that really justifies the price difference. Estimote.com as well as kontakt.io have a much nicer website and also the beacon housing is fancier, but in terms of functionality, documentation and support, minewtech.com is an equal opponent at a much cheaper price. We also tested USB powered mini beacons (20 x 12 x 8 mm) by minewtech.com, but that’s another story.

So, what's the insight 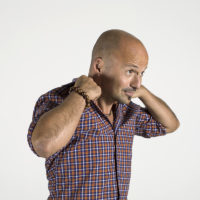