How to run a successful app launch campaign

After a year packed with hard work, innovative breakthroughs and what some might call nervous breakdowns, we were thrilled to reveal our latest app innovation for a global client. When the app was finally ready to be launched in the app store, we jumped straight into the next challenge. In today’s bottomless pit of app innovations you can’t solely rely on the quality of your app to attract users. So how do you tell the world, that you have something to offer that might blow their minds?

Time to get media involved

We were originally hoping to find a way to promote the app directly within in the App Store. Due to not having personal contact with anyone powerful inside the apple empire, we soon decided to focus on ways to promote the app by using different media resources. We already had lots of experience running ads via Social Media and on Google. We also knew that neither Google nor basic banner ads would serve the purpose of getting people to download the app.

What we needed was a simple call to action and as few clicks as necessary to get users from the actual ad to the App Store. And there it was! Turns out the most obvious ad format is the Mobile App Installs Ads provided by Facebook.

All eyes on online media

Our initial media plan involved 4 campaigns with the ads written in the local language of the targeted regions: English, Russian, Turkish and Greek. The English campaign targeted various countries such as India, South Africa, Saudi Arabia, Romania and more had the lion’s share of budget. Russian, Turkish, and Greek ads were targeted to countries where those languages are spoken. When it comes to ads, the biggest advantage of online media compared to traditional media is that you can easily optimize them when you discover areas of opportunity. While monitoring the ads, we were able to make changes quickly based on observed ad performance. We adjusted ads based on the following key findings:

The launch campaign ran for 9 weeks and promoted app downloads in 13 countries. During this time, we also saw significant analogies between paid and organic downloads. Every peak that resulted from more intense promotion also had an impact on organic download numbers. This was no surprise because people are likely to share things on Facebook, if their app openly asks them to. By sharing app specific content, users became ambassadors for our creation and helped the app go viral.

Before this whole story gets too epic, here is the big reveal. These are some analytic results that might be helpful to set benchmarks for those planning something similar to push their app publication.

Results after the 9 week launch campaign

With Twitter's new mobile app promotion suite and Google being the next one to join the team of app install promoters with its latest announcement, we have quite some fancy opportunities ahead of us. You better stay tuned. 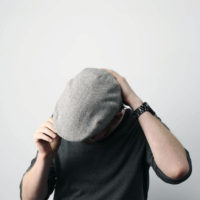